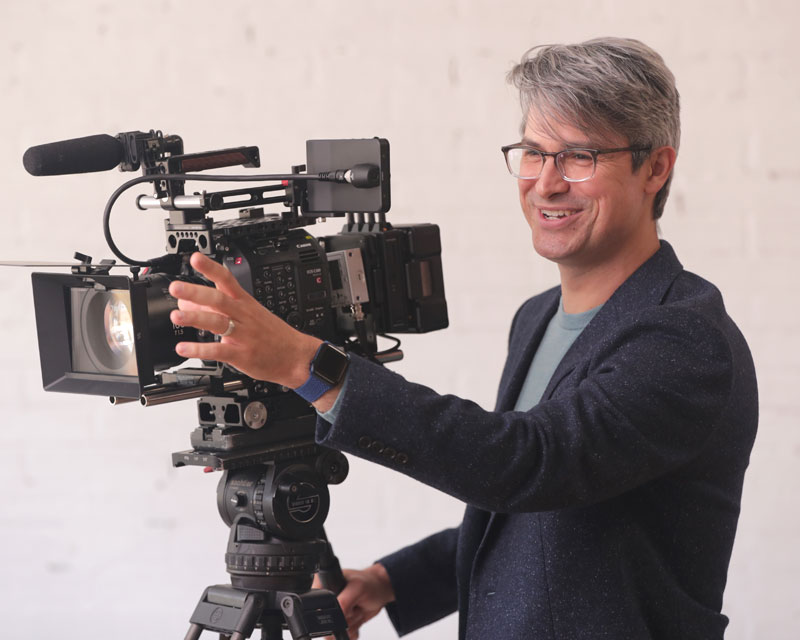 http://grahamsheldon.net
Emmy® award winner Graham Sheldon resides in southern California USA where he works as a producer, director of photography, and sales agent for indie films.

Throughout his career, Sheldon has produced and shot scripted, topical, and historical documentary projects in over two dozen countries and across the United States--including Alaska and the Hawaiian Islands.

Highlights of Graham's documentary work include -- NBC's The Island with Bear Grylls, Sinking Nation, Echoes from Chernobyl, Cuba: An Island Apart, Inheritance (PBS), The Agency: Inside the CIA, and his Emmy® award winning expose on migration: Crossing Borders.

He attended Indiana University and double-majored in Telecommunications and Theatre. A member of ICG Local 600, the Producers Guild of America and ACS, Graham is also a writer for the filmmaking website Cinema5d, a licensed FAA drone pilot, a Rosco Ambassador, and a Sigma Cine Pro.

Producing from the Front

Reviews for Producing from the Front

5
UNBELIEVABLY USEFUL!! Just a great crash course on everything about Film Producing. Great interviews, well structured, and easy to understand. There is not a lot of available education on Producing and this is an invaluable recourse!!
Dylan Kiely
5
Great Intro to Producing
Sarah Boyks
5
Absolutely, yes
Aruho Manzi
4
Great content, but is very very much focused on the hollywood model. Be good to see a broader spectrum .
Robert Ludgate

Your passion is film production. How and where to start? Producing from the Front by Graham Ehlers Sheldon is that place. Learn from this award winning producer as he takes you through the thrills and challenges of the industry he loves, sharing every step of the way the inside scoop on what it takes to produce quality content that people watch.