Gifts for Filmmakers and Film Students

It's never too late to give the gift of education to a filmmaker or film student in your life.

Looking for a last minute gift to give to a filmmaker or film student in your life? Buying a piece of gear would be OK, but you have about 1 in 10 million chances of picking the exact thing that filmmaker actually needs or wants. Even we filmmakers don’t know what we want - that’s why we’re constantly shopping for new cameras.

The old adage about gift giving is it’s best to give something the receipient really wants but maybe wouldn’t get themself. But, why wouldn’t a young filmmaker invest in education, in self-improvement, in career growth? Isn’t the goal to eventually make this into a full time job that doesn’t feel like a job?

Sure, but in the meantime, a beautiful cinema lens feels so much more attractive, sexy, and full of possibilities than boring ol’ education, knowledge, and wisdom. Or that new drone, or gimbal, or especially a new bag. Everyone loves a new bag. Think of all those photography walkabouts you'll be going on now that you have a new bag.

This is precisely the thought process filmmakers go through when they buy something new. And it’s exactly why you should do them a favor and give them something that is actually going to impact their career and lifelong passion - the gift of filmmaking education.

Education is the Best Gift for Film Students and Filmmakers

You don’t need to run to the store or choose the super expensive overnight express shipping for this gift. You can purchase it in seconds, and the receipient can start browsing through courses immediately. How much easier could it get? Here’s the link to purchase an MZed Pro gift membership.

What does a membership entail? Over 200 hours of education from the best and most well known instructors in the industry. These workshops and courses together would cost over $6,000 to attend and purchase if you were to seek them out individually - but we’ve licensed them all into a simple 12-month bundle for $25/month, billed annually at $299.

Offline Learning is a Gift in An Over Connected World

But how can you ensure your film student will actually take advantage of the gift membership? What if the constant lure of the world wide web foils their plans to watch the 200 hours of education on MZed? Luckily, we have just launched an iOS app that allows MZed Pro members to watch all of our courses offline on an iPhone, iPad, or an iPod, which you probably gifted them back in 2012 and can now remind them about it.

Sure, a brand new mirrorless camera could certainly convince your film student to get out of the house and start telling stories with moving images, but it’s not going to teach them how to avoid electrocuting everyone on set. (This lesson, however, will). 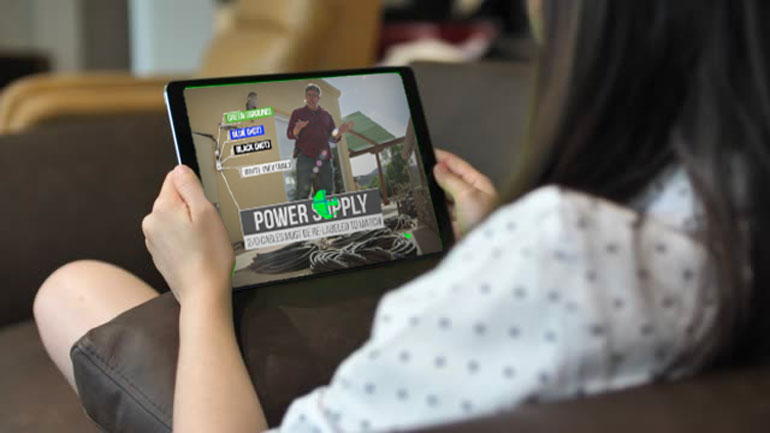 Before you buy another battery-powered gizmo, take a moment to think about what gift you wish you would have received while growing up. Gadgets? Toys? Candy? Or lifelong confidence-boosting, career-making education? Probably gadgets. But that's because MZed Pro wasn't around when you were growing up.

So stop what you’re doing right now and get this gift MZed Pro membership going for that special filmmaker or film student in your life. In a year's time they'll be talking about story arcs and film grain, which is a way more fun to talk about than camera megapixels and bitrates.

Give the Gift of MZed Pro