It might be wise to start your video editing journey with DaVinci Resolve. Here's why.

We love to hear from our members about future course suggestions, and many of you have asked for more editing tutorials. So, we’ve been thinking about that for quite some time.

Currently on the MZed Pro library, Adam Epstein’s “The Cutting Edge” course is an amazing introduction to the world of fast-paced editing workflows on the set of Saturday Night Live, and he happens to use Adobe Premiere as his NLE. But he makes it clear that the lessons in his course can be applied to any video editing software of your choice, and so his workflow advice doesn’t go deeply into the specifics of Premiere.

So if we were going to invest in a specific NLE for a course, which software would be best to start with? Well, there happens to already be a lot of tutorials for Premiere and FCPX users out there, from professional instructors to power users on Youtube and web forums. But we’ve found they tend to focus specifically on certain tools or effects, and the more general tutorials become outdated as new software versions are released.

But what about Blackmagic DaVinci Resolve? It’s new and there aren’t many courses out there already, which means there’s a need for both basic and advanced level instruction. So could Resolve be the perfect software foundation for learning video editing?

DaVinci Resolve has been a color grading powerhouse for years now, and it’s widely accepted by professional editors and colorists. Ollie Kenchington uses the Resolve platform in both his Directing Color and Mastering Color courses, although he emphasizes that the lessons can be applied to any color grading software. 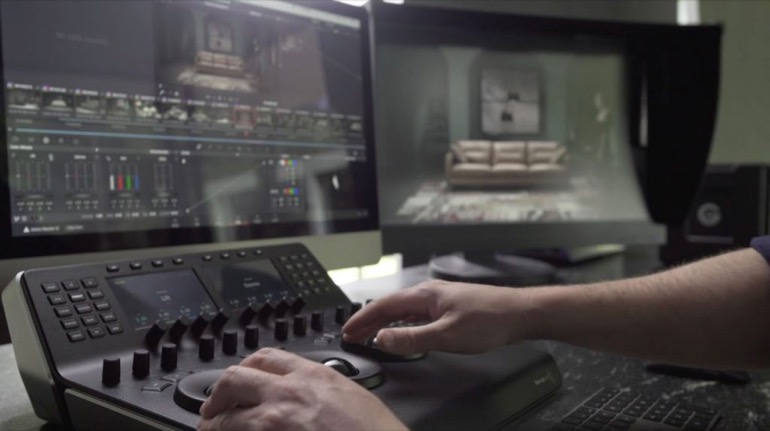 Lately, however, Resolve has been quickly expanding into a general purpose editing ecosystem, including not only color grading tools but media organization and delivery, motion graphics, audio mastering, and traditional track-based editing.

Just announced at NAB 2019, Blackmagic is now issuing Resolve 16 beta releases, which introduces a whole new Cut Page that rivals Final Cut Pro X in its simplicity and smart tools for rapid editing. There’s even some buzz out there that DaVinci Resolve 16 may finally be the straw that convinces many users to switch from Adobe Premiere or FCPX completely over to Resolve.

To be honest, for currently proficient editors, it’s extremely difficult to convince anyone to switch software. After all, a familiar NLE becomes sort of like an extension of your brain and your hands. And if there isn’t an economical reason to switch - like a client or workplace requirement - then taking on a new program is purely a personal choice to keep growing, learning, and expanding skill sets.

But if you’re just starting out with video editing, then DaVinci Resolve may be the perfect vehicle to hone your editing skills, even if you end up using other NLEs. And we believe our Definitive Guide to DaVinci Resolve is the best resource for starting your learning journey.

There are a few good reasons for making DaVinci Resolve your first editing platform:

Final Cut Pro X is fairly affordable ($299), but the price of powerful Apple computers are becoming astronomical. To buy a spec’d out Mac that’s built for video editing, like an iMac Pro or a new Mac Pro, you may have to spend anywhere from $4k-20k. And unless you want to get into the complicated world of Hackintosh building, you’re stuck with paying the Apple tax if you want to use FCPX.

Adobe Premiere works on both PC and Mac, and the monthly Creative Cloud subscription can be relatively affordable if you stick to only 1-2 apps. But it can quickly add up if you want to add After Effects, Speed Grade, Audition, and Encoder for a full editing suite. For access to all the apps, you’re looking at $80/month for software you never actually own.

2. DaVinci Resolve is Innovating Rapidly, but Built on Industry Standards

Blackmagic Design is a company built on innovation and breaking through the status quo. When Resolve 12 was released, they surprised everyone by introducing general editing tools to a color grading software. And now with Resolve 16, there are huge advances in media organization based on artificial intelligence and facial recognition, rapid editing with multiple timelines, and even a unique physical editor's keyboard.

But unlike Final Cut Pro X, which tossed out years of industry editing standards and customs in order to start afresh, Resolve builds upon professional standards, keyboard shortcuts, and interface dynamics that are common to Adobe Premiere, AVID, and the old Final Cut Pro 7.

So the habits that you pickup when investing your time in learning Resolve, are second-nature habits that you can take with you to other programs. Most importantly, you’ll be learning the proper methods of media organization and metadata, track-based editing, full color wheels for advanced grading, and audio mastering. Resolve teaches you the right way from the start, rather than your picking up software-specific habits that you can’t take anywhere else with you.

Another benefit for Resolve is that it’s a neutral party in the proprietary wars between software and hardware manufacturers. So you’ll benefit from early access to editing codecs like Canon's Cinema RAW Light, new camera capture codecs, LUTs, and so on.

3. Resolve Plays Well with Other Video Editing Software (But It Has Everything Built In)

Because it started out as a standalone color grading tool, Resolve was made to work with other software with easy round tripping during an edit. And today, it continues to be fluid with both Premiere and Final Cut Pro X.

But what makes Resolve a no-brainer for up-and-coming editors is it has everything built in, so you don’t need to roundtrip if you don’t want to. That includes a complete DAI or digital audio interface, a finishing and delivery section, a robust motion graphics generator, and of course the Edit Page alongside the new Cut Page in Resolve 16. 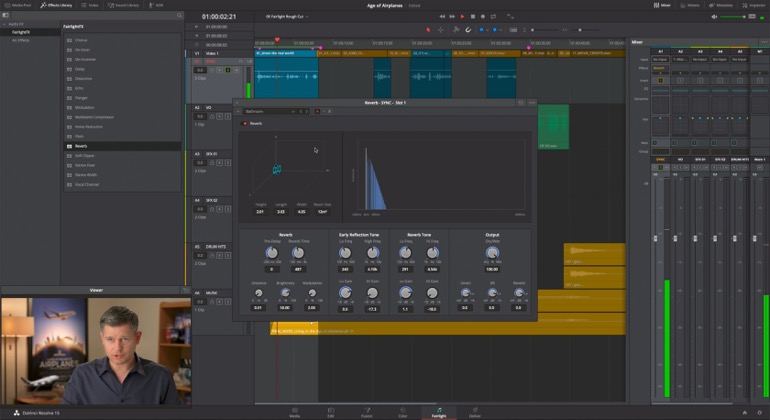 And the most brilliant thing is when you’re working on a timeline, you can make advanced changes to the color grade, audio mix, and special fx, all without having to roundtrip outside of the Resolve ecosystem.

4. DaVinci Resolve has the Best Tutorials

Finally, one of the most convincing reasons to start your video editing journey with Resolve is because it has the best tutorials suited for both beginners and intermediate/advanced users.

Our “Definitive Guide to DaVinci Resolve” is particularly friendly for beginners, and that’s partly because course instructor Ollie Kenchington does a wonderful job of explaining each tool in detail, and the reasons behind certain editing standards. You won’t find another course that guides you through a color grade, while explaining the inner workings of RGB scopes and why they were created in the first place.

Other software courses tend to be either too basic (and outdated), or too advanced. For example, Adobe Premiere has been around for many years, so most new tutorials are specific to advanced tools and workflows that come out with new version. And it would be too costly for educators to release a beginner’s guide to Premiere alongside every new version, so what we’re left with are older and even outdated intro-level courses.

However, because DaVinci Resolve is still a relatively new platform, we can invest in complete courses that dive into both beginner-level and advanced tools. With the insurance that a radical software change isn’t going to render all our materials obsolete. That happened recently, as shortly after we released the Complete Guide to DaVinci Resolve, Blackmagic announced Resolve 16, which has a totally new and innovative Cut Page never before seen in other software.

But the new Resolve 16 doesn’t change much in the rest of the interface. So our course instructor Ollie released a DaVinci Resolve 16 tutorial that covers the new features, while ensuring that all the materials from the Resolve course, as well as all the lessons in Mastering Color and Directing Color, continue to be current, even as Resolve innovates.

Lastly, there’s something about the DaVinci Resolve community of users that are eager to learn and help each other along the way. That’s a welcome relief from the Premiere vs. FCPX arguments all over the forums and social media. If you look through the reviews for our DaVinci Resolve tutorials, you’ll find both beginners and expert users positively sharing what they’ve learned.

And that’s perhaps the most powerful reason to start learning editing with Resolve: it comes with a community of users - representing wide areas of expertise and professions - who are all encouraging and super helpful. Because with any new software, we’re all essentially beginners.

The Definitive Guide to DaVinci Resolve

Quickstart: Editing a One Minute Movie